What is and who are the Women of SCI?  These were the questions that nudged several women to travel to Wyoming last July.  The group met at the SCI American Wilderness Leadership School (AWLS) at the Granite Creek Ranch in the Bridger Teton National Forest near Jackson, Wyoming.  We arrived at our destination in time for dinner and introductions that first evening.

Fourteen women from across the U.S. (California, Colorado, Florida, Minnesota, Texas, and New York) were attending.  After a delicious meal, we were give some background information on Women of SCI and the activities that were planned for the weekend.

Women of SCI was started about 2 years ago as part of a strategic planning session of SCIF Sables.  It started as a discussion on “What are Sables?”  Many people thought that Sables is a group of women – an off-shoot membership of SCI for women only.  Others recognize that SCIF Sables is actually an SCI membership of men and women who are dedicated to continuing our heritage through education.  According to the SCI by-laws, Sables is a group that has authority over SCIF Education programs and that all funds raised by Sables are dedicated to education.  As part of that discussion, it was suggested that there was a need for a woman only group to do things that interest women.  It was decided to host an event for women only.  The event was called the Ladies Welcome Reception.  In the summer of 2016, Veronica Kosich, Sables President, put together a core group of women to discuss and plan a future for this group.  Receptions were planned for the 2017 Convention.  Successful receptions were hosted by Banovich and Gunderson Jewelers with 70+ women attending the events.  Contact information was shared, and a logo and color were chosen to represent the group called Women of SCI.  The mission of Women of SCI is “making connections” by providing events/activities attended by women where women can meet and connect with other women.  The common point is these women are in some way affiliated with SCI – spouse, friend, member, etc.  An event brings them together to make connections and new friends.

The next two days at AWLS were filled with interesting and fun classes that gave us a snap shot of the education program that AWLS provide educators and teens each summer.  AWLS provide summer programs (seven, eight–day workshops) to discover more about conservation science, wildlife ecology, and other education through classroom and outdoor hands-on learning experiences.  The San Diego SCI Chapter has sponsored over one hundred educators and teens for this program.  During our weekend at AWLS, we participated in basic survival skills, map and compass reading, stream ecology, fly fishing basics including tying flies and fly casting, basic archery skills, trap shooting, 3D archery and laser shooting skills.  We also enjoyed a hike to Granite Falls.  In between these classes, there was time to get to know each other and how we came to attend the Women of SCI Weekend.  We also enjoyed some wonderful meals prepared by the AWLS chef and his staff.  There were plans made for future events and activities at the 2018 Convention.  On the last day, we made a trip into Jackson and the Teton Visitors Center.  We tried to spot some Bison but they were too far out in the fields.  We then went to the Bar J Ranch for a Chuck Wagon supper and show.  The gentleman who started the ranch and show was an original member of the Sons of the Pioneers singing group.  It was a very entertaining evening.  The last morning consisted of farewells and promises to meet again.  It was a great weekend to meet new people from across the U.S. and enjoy the camaraderie of other women with similar interests.

So, the next question: Are there Women of SCI in the San Diego area who might be interested in making connections?  If so, look for gatherings planned for ladies during the SCI Hunters Convention.  There will be seminars on Thursday and Saturday, February 1 and 3, and receptions at two, soon to be decided, exhibitors’ booths in the afternoons.  We also have an event planned for April 11-15 at the YO Ranch in Texas.  This event will have limited enrollment so look for early registration opportunities. Contact us at info@sandiegosci.org for more information or better yet, JOIN OUR CHAPTER and be in the KNOW about all of the great things we are doing!

Women of SCI are simply “creating connections” with other women with similar interests.

– Edited for The San Diego Chapter if SCI. Originally written by Suzanne Wesley 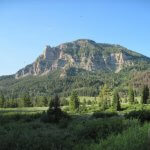 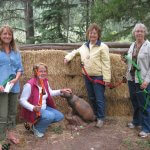 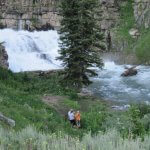 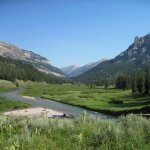 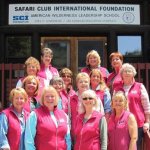