Monuments Background And Debunking The Opposition

Monuments Background And Debunking The Opposition

President Trump’s long-awaited decision about national monuments designated under the Antiquities Act sparked a visceral howl from a broad range of self-appointed “guardians” of public lands.  Backcountry Hunters and Anglers ran a full-page newspaper ad calling the decision an “attack on our national monuments,” and claimed that it “undermines the legacy of Theodore Roosevelt and disrespects our hunting and angling heritage.”

Refusing to be outdone in hyperbole, retailer Patagonia dedicated its website homepage to the claim that “The President Stole Your Land,” further insisting that the “illegal move” was the “largest elimination of protected land in our nation’s history.”  Many more advocacy groups and retailers of outdoor merchandise joined the fray with similar claims, but you get the idea.

Bears Ears was originally designated in 2016 to encompass nearly 1.5 million acres, including a patchwork of Federal, State and private land. This modification will restore the majority of the National Forest and Bureau of Land Management land to the management status existing prior to the 2016 designation.

Grand Staircase Escalante National Monument will be modified to three units encompassing a combined 1,006,341 acres, an area larger than the state of Rhode Island.  Grand Staircase was originally designated in 1996 by President Clinton, largely for political purposes.

As far as precedent, presidents have modified the boundaries to remove lands from monuments 18 times in the past. The most significant reduction occurred in 1915 when President Woodrow Wilson halved Mount Olympus National Monument, which is now a National Park.

Now let’s talk about the guidelines that Presidents Obama and Clinton ignored in making their designations.  The Antiquities Act requires that objects be of historic or scientific interest, that the area reserved to protect the objects be the smallest area compatible, and that monuments be designated on Federal land only.  But since 1996, several national monuments designations have gone beyond the intent of the Antiquities Act — to limit protected areas to the smallest area compatible — and now encompass millions of acres.

In 1906, President Teddy Roosevelt designated the first national monument at Devils Tower, which was less than 1,200 acres.  “Objects of historic or scientific interest” is a term that over time has been stretched to include landscape areas, biodiversity, “viewsheds,” World War II desert bombing craters, and “remoteness.”

The Antiquities Act has also been deployed as a tool of pure politics.  Past administrations have abused the designation of objects as national monuments to fill in pre-identified boundaries that mirror previous failed Congressional attempts to make protective land designations.   Remember Obama’s celebration of his ability to end-run the Congress with his “pen and phone?”

Grand Staircase Escalante National Monument is the poster child for Antiquities Act overreach and abuse, having been designated to assist President Bill Clinton’s reelection campaign and end the development of a coal project.

The Trump Administration is making sure local communities have a voice by restoring traditional “multiple use” activities on Federal lands and waters.  This will increase economic growth and prosperity, especially in rural communities, by allowing grazing, commercial fishing, logging and, in some cases, mineral development.  Restoring traditional activities reflects the principle that monument designations should be used to protect historic objects — not to unnecessarily restrain public access.

Improving and developing infrastructure will help the American people experience our public lands that have been made inaccessible due to past overreach.  Some monument designations prevent construction of future roads and other facilities, making the land inaccessible for use.  Restrictions on vegetative management and maintenance activities have led to poorly maintained roads and even closures.  And of course, hunting has been restricted as well.

That’s not all.  Monument designations have greatly restricted not only hunting, but also other uses like grazing, timber harvest, fishing, resource development, infrastructure upgrades and motorized recreation.  Designating too much land for a national monument is harmful to the local tax base via the elimination or unnecessary restriction of grazing, timber and mineral activity and leases, as well as the restricting of access to hunting and fishing opportunities.

The claim that the president’s decision “disrespects our hunting and angling heritage” deserves a specific debunking.  The announcement includes a specific provision calling for an “ongoing review to ensure public access to encourage more hunting and fishing in monuments.”  The group claiming that the policy “undermines the legacy of Theodore Roosevelt” should take the time to read the words above the Roosevelt arch in Yellowstone, which states “for the benefit and enjoyment of the people.”

Those are the facts, and they make it quite clear that the outraged declarations about “stolen lands” are just another variation on fake news.  Just as the legacy mainstream media has been caught asserting outright falsehoods in recent days – in one case, causing the Dow Jones index to drop more than 350 points – only to issue retractions when the truth emerged, the attacks on President Trump’s new policy have eroded any credibility the critics may have once had to comment on public lands issues.   After-the-fact apologies and corrections don’t restore credibility, and in this case the naysayers won’t even admit they’re wrong.

Why do these retailers feel they have authority to speak on these issues in the first place?  They cater almost exclusively to kayakers, birdwatchers, rock climbers and the like, who treat our public lands like their private playgrounds.  They are unified only by their lack of contribution to the lands they freely claim as their own.  Other than the occasional fee for access or parking, they pay no excise taxes, and buy no licenses or permits.

They contribute essentially nothing to conservation and wildlife management.  A quick search for “camo” on the Patagonia website reveals only “trucker hats” and baby onesies.  You also won’t find a single item on their website subject to the Pittman-Robertson excise taxes that provides the bulk of funding for conservation across the country.

“Freeloaders” would be a better description of these retailers than “guardians,” as far as our public lands are concerned.  And when groups that claim to represent hunters and sportsmen parrot the same fake vitriol, they shouldn’t be surprised when they’re treated with the same lack of respect as the “activist” companies who make false claims about land policy while catering to customers who contribute nothing to conservation and wildlife management.–Patrick O’Malley 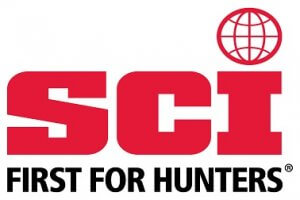