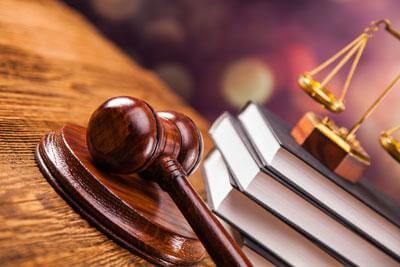 SCI, in coordination with 31 other sportsmen’s groups, sent the following letter to Congressmen Raul Grijalva and Rob Bishop, Chairman and Ranking Member of the House Natural Resources Committee.

The letter expresses strong opposition to H.R. 2245; the Conserving Ecosystems by Ceasing the Importation of Large Animal Trophies Act and was sent prior to a scheduled July 18 hearing in the House Natural Resources Committee’s Subcommittee on Water, Oceans and Wildlife.

Re: Opposition to H.R. 2245; the Conserving Ecosystems by Ceasing the Importation of Large Animal Trophies Act

The undersigned hunting and conservation organizations strongly oppose the passage of H.R. 2245, the “Conserving Ecosystems by Ceasing the Importation of Large Animal Trophies Act.” This bill represents an ill-conceived attempt to substitute uninformed prejudices for the management strategies of the wildlife authorities successfully conserving the world’s largest populations of lions, elephants and other African species in their range countries.  If implemented, H.R. 2245 would undermine some of the most effective strategies for conserving the world’s wildlife.

Well-regulated hunting programs, particularly those that involve rural communities in the management and protection of wildlife, have repeatedly played a key role in conservation.  These sustainable hunting programs generate the incentives and funding to protect habitat and encourage tolerance of dangerous game.  Species such as black and white rhino, bontebok, markhor, and wood bison owe their conservation success to sustainable use programs. If enacted, H.R. 2245 would put an end to these successes.  Congress must not let this happen.

H.R. 2245’s title claims that its provisions are intended to “conserve ecosystems.”  Not only will the bill do nothing to benefit ecosystems, it more likely will undermine the very programs that conserve the most habitat in Africa.  Countries such as Namibia, South Africa, Tanzania, Zambia, and Zimbabwe have some of the world’s largest populations of elephant, leopard, lion, and white and black rhino.  Experts such as the scientific and management authorities of these countries, the Parties to the Convention on International Trade in Endangered Species of Wild Flora and Fauna (CITES), the International Union for Conservation of Nature (IUCN) and the U.S. Fish and Wildlife Service (FWS), credit sustainable hunting programs as acornerstone of the successful conservation and wildlife management strategies that are responsible for these wildlife populations.  Any law that discourages, rather than facilitates, these hunting programs will harm ecosystem conservation.

On its face, H.R. 2245 does not advance the concept of collaborative wildlife management because it fails to recognize the monumental efforts wildlife management experts, particularly those of the range countries, undertake to conserve these species.  H.R. 2245 will harm the very wildlife that the bill attempts conserve.  For example, the IUCN has explained that “[p]oorly targeted or blanket bans or restrictions affect both good and bad hunting practices.  They are blunt instruments that risk undermining important benefits for both conservation and local livelihoods, thus exacerbating rather than addressing the prevailing major threats of habitat loss and poaching.”  Briefing Paper, Informing Decisions on Trophy Hunting, April 2016, at 2 (emphasis added).

H.R. 2245 poses numerous other impediments to international wildlife conservation.  It removes the federal Endangered Species Act (ESA) distinctions between listing categories and thereby reduces the FWS’s ESA-based authority to use every available means to recover “threatened” species where well-regulated, sustainable hunting programs provide such means.  Similarly, the bill restricts imports of species that are only “proposed” for listing.  If implemented, this provision would eliminate the participation of the public and range countries, undercut the ESA’s reliance on scientific data and the FWS’s expertise, and circumvent the science-based process necessary to determine whether a species qualifies for federal protections.

The bill’s blanket prohibition against the importation of any elephant or lion from Tanzania, Zimbabwe, or Zambia ignores the science that demonstrates the conservation benefits of existing hunting programs – programs that enable these countries to support some of the largest elephant and lion populations in the world.  Sadly, if implemented, this import ban would directly conflict with Section 8 of the ESA, which specifically requires the FWS to encourage foreign conservation programs in rangecountries.  Instead of providing incentives to programs that have demonstrated conservation success, H.R. 2245 would deprive these countries of significant sources of conservation funding generated by the fees and other expenditures of U.S. hunters that are essential to range country efforts to maintain these large wildlife populations.

H.R. 2245 would eliminate the International Wildlife Conservation Council (IWCC) federal advisory committee simply because it is composed, in part, of individuals who hunt in Africa and import their animals into the U.S.  The IWCC serves as a forum for presentations by those with information that can help inform the FWS’s decision-making.  H.R. 2245 would silence those who have the most direct expertise in the conservation of the world’s wildlife.

Enacting H.R. 2245 will severely hinder the importation of some legally-hunted animals and ban the importation of others.  Congress should not pass a bill that would undermine successful conservation programs, substitute prejudice for the rational decisions of wildlife management experts around the world and turn a blind eye to science.  The undersigned organizations ask you to make sure that H.R. 2245 never becomes law.

Association of Fish and Wildlife Agencies

Professional Outfitters and Guides of America